Cerebellar hypoplasia in dogs is a medical condition where a part of the brain known as the cerebellum does not develop properly. It can result in a dog experiencing coordination issues.

This is often a hereditary condition; although, some theories suggest it can also result from exposure to toxins and infections. The dog breeds that seem to have a higher genetic predisposition include Boston Terriers, Chow Chows, and Bull Terriers.

If you see signs that your dog might be suffering from brain development issues, then you must consult your veterinarian for a proper diagnosis and course of treatment. Here’s what you should know about the symptoms, causes, and treatments of cerebellar hypoplasia in dogs.

Symptoms Of Cerebellar Hypoplasia In Dogs

Cerebellar hypoplasia in dogs can result in a wide range of symptoms that can affect puppies as young as six weeks old. Some of the most common symptoms include:

People often affectionately refer to dogs who have the condition as “wobbly dogs” due to their often uncoordinated movements.

Causes Of Cerebellar Hypoplasia In Dogs 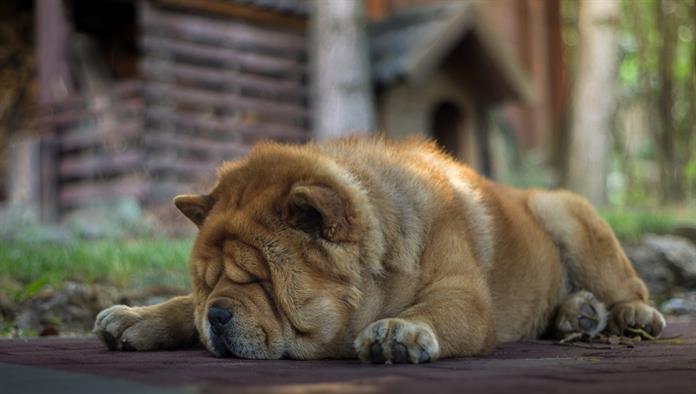 The cause of cerebellar hypoplasia in dogs is often hereditary. When it comes to specific breeds of dog, the following breeds are most commonly affected:

In some cases, exposure to environmental toxins, infections, and dietary deficiencies have also been cited as factors in developing the condition.

If you suspect that your dog is developing cerebellar hypoplasia, then your veterinarian will ask a detailed series of questions about their symptoms and their medical history. This will include questions about the birthing process, as well as issues that might be relevant to a specific breed.

Your vet will also want to carry out a full physical examination of your dog, including blood and urine tests.

Unfortunately, there is no current treatment for this condition besides helping dogs live comfortably. However, it usually does not progressively worsen as a dog ages.

Most dogs suffering from this condition generally go on to experience normal lifespans; although, you may need to impose movement and activity restrictions so that your dog does not end up injuring themselves.