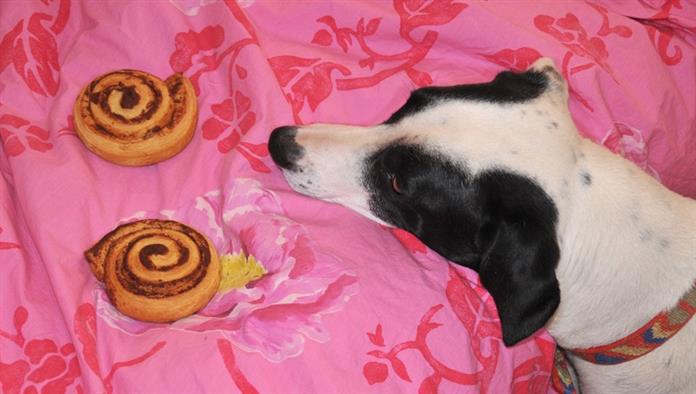 Can dogs eat cinnamon? Maybe you’ve spent time in the kitchen preparing some comforting baked goods that feature this spice and found yourself wondering if your dog could have a bite. If humans can eat cinnamon, can dogs safely eat it too?

There is no short yes or no answer as to whether dogs can eat cinnamon safely. A small amount on its own is not toxic to dogs, but many times foods that feature cinnamon also contain other ingredients that could prove to be harmful. So it’s best to stay cautious and try to keep these foods away from your dog.

As always, you must ask your regular vet before going ahead and sharing any human food with your beloved dog, including foods that contain cinnamon. Here’s what you need to know about cinnamon and dogs.

When Is Cinnamon Bad For Dogs?

As mentioned above, a small amount of cinnamon on its own is not considered to be toxic to dogs. In fact, even if your dog scarfs down a bunch of cinnamon, there’s a good chance that they won’t need to seek much in the way of medical attention.

However, the problem with this spice is that it mostly appears as an ingredient in other foods. Especially when it comes to baked goods, those other foods often also contain ingredients like chocolate, nutmeg, and raisins that can be harmful and poisonous to your dog.

So it’s best to resist the temptation to let your dog snack on any baked goods that contain cinnamon.

Additionally, the oils in cinnamon can aggravate dogs with sensitive stomachs and skin, and in some cases a range of symptoms, including diarrhea, vomiting, and an increased heart rate, may present themselves.

While it’s estimated that it could take over a teaspoon of cinnamon to upset your dog, there really isn’t any valid reason to add cinnamon to your dog’s existing meals.

What Should I Do If My Dog Eats Cinnamon? 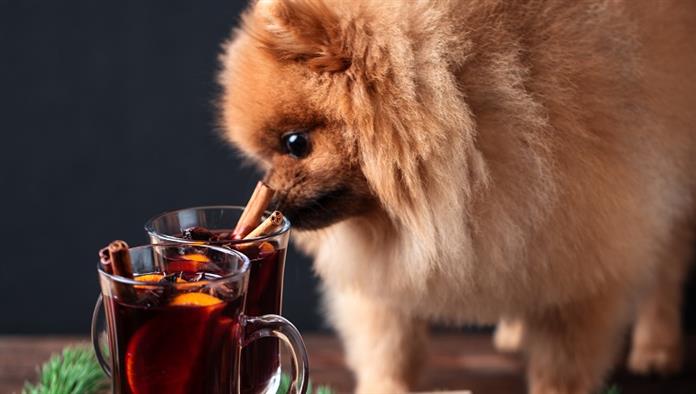 First of all, don’t panic if your dog eats some cinnamon. As cinnamon isn’t toxic to dogs, there’s a good chance any upset stomach or similar issues will pass.

Try and figure out how much cinnamon your dog ate, along with checking to make sure that other potentially dangerous ingredients like chocolate or raisins were not also consumed.

If you notice that your dog seems to be suffering from diarrhea, vomiting, or an increased heart rate, then you must consult with your veterinarian to make sure that your dog doesn’t need medical intervention.