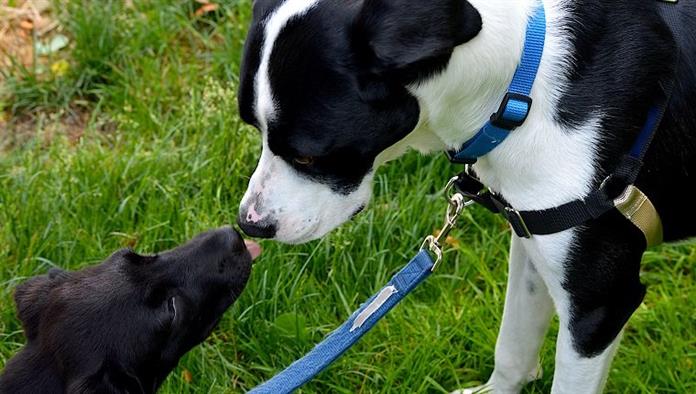 One of the thorniest issues a pet parent may face is introducing another dog or puppy into the family. A dog who has had the house and family to themselves may not welcome another dog in their “den,” and may resent having to share his family’s attention.

The initial meeting is important, so you’ll need to prepare to improve your chances of success.

If your dog has fought with other dogs in the past, please talk with a Certified Applied Animal Behaviorist, Veterinary Behaviorist, or Certified Professional Dog Trainer before introducing the new dog or puppy into your home.

Here are a few things you should know before bringing home a second dog to make the transition go as smoothly as possible.

Tidy Up Before The First Meeting

Before introducing your new puppy or dog, take away all items your resident dog might feel protective of.

Food dishes, favorite toys, even nests or bedding may cause your dog to react aggressively to the presence of another, even if they haven’t shown these behaviors in the past.

Clean up any untidiness or clutter, as the dogs may feel pushed together if their space is confined. 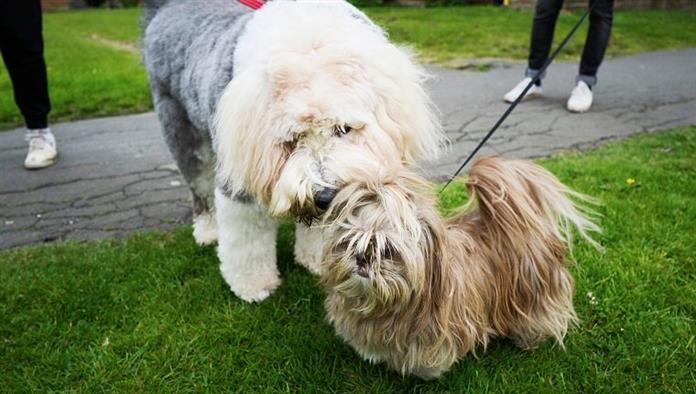 To help prevent the resident dog from getting territorial, choose a place such as a park or other open area for the initial meeting. This provides a neutral atmosphere with other things going on to distract the dogs, and they will be able to separate if they want to.

Be sure there is another person to handle one of the dogs. Each of you should bring a dog separately to the meeting place.

Allow the dogs to meet as if you were on a normal walk. Keep their leashes loose, so they won’t feel restrained. After the obligatory sniffing, a puppy will probably become submissive to a grown dog by exposing their belly.

If your resident dog is used to others, they may want to play with the puppy, or they may just be more interested in other things.

Two grown dogs may go through an extensive ritual of posturing, sniffing, playing or even urinating.

After this, one or both may simply choose to pay no attention to the other, but don’t worry if they growl a little or try to dominate each other. Let them establish their rapport with as little interference from you as possible.

Only get in the middle if the dogs begin to fight or tension is obviously mounting. Tension behaviors include hackle-raising — the hair on the back of their necks standing on end — baring their teeth, deep growling, nipping, or snapping.

If you witness any of these behaviors, separate the dogs before a fight begins by calling them or gently prodding them apart. Do not pull on the leash as this may instigate the fight. Use treats to gain their attention and move them apart.

This initial meeting should be brief. Afterwards, bring your dogs on your normal walk. If you have several dogs, introduce each separately before allowing them to meet together.

Complete your walk and return home as you would do in your normal routine. If your dogs got along well at the neutral ground, let them off leash in a yard or fenced area if possible. After a while, the dogs will be ready to come inside.

Your first dog should come inside off-leash, but the new dog or puppy should be left on their lead and allowed to explore the house room by room. If the first dog seems comfortable and accepting, you can set the new dog loose.

For the first one to two weeks, always watch the interactions between the dogs. Do not leave them alone together until you are sure they are comfortable with each other.

Remember your first dog has established habits, so take both on walks, feed meals, and play with them at the usual times. This will help your first dog see that the new one is not a disruption to their normal day.

It is important during this interim period to watch the dogs in circumstances that might antagonize one or both. Anything that may excite the dogs could set them off — family members returning home, walks, visitors, meals, and play.

While it is great if the dogs become fond of one another, don’t forget to spend time with each of them, apart from the other. You want their primary bond to be with you, not the other dog, so get in some quality one-on-one time. 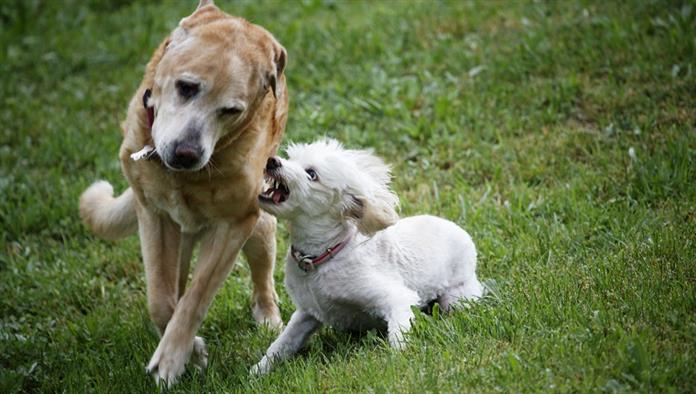 This can be a scary prospect and it isn’t unusual for pet parents to be bitten, even by their own dogs, while trying to separate fighting animals.

Here are a few tips to help you separate the dogs while minimizing the chances of being bitten:

Always use these tactics with caution for yourself and others in the area. If possible, two people working together are better than one alone.